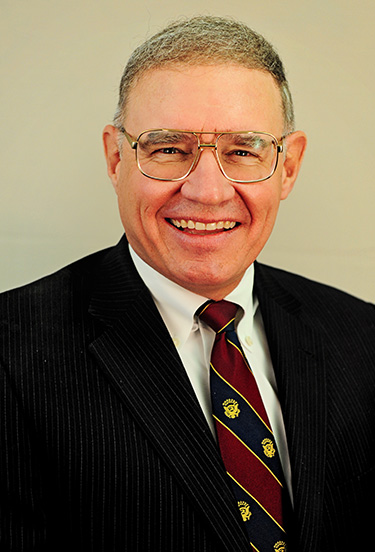 The 2015 Legislature is a couple of weeks behind us, and the Governor has finished making his vetoes. Several people have now asked me what I felt we actually accomplished in Helena this spring.

Despite what you may have heard in the media, or from the rhetoric of the special interests, I think the fact is that the 64th session accomplished more than most people realize. Oh, we had some heated high-profile debates, and some unique discussions about procedural rules that made interesting headlines; but many of those sensationalized stories had very little to do with the less exciting areas where most of us were actually spending the bulk of our time.

With over 500 different bills and resolutions passed, and thousands of line items in the two-year, 4½ billion dollar budget , it is hard to give a brief summary; but I have picked out a few of the highlights that I felt were the most significant. The list of accomplishments below is no more than my own compilation. Any other Legislator might very well choose to make a completely different list, but this gives you at least one Senator’s take.

This was my fourth session in the Senate. I felt that when it was over, we had done quite a bit of good, and made many positive differences. We did not get as much done as I would have liked, but keep in mind that for the past 10 years the Legislature has been limited by the reality of not being able to override any of the hundreds of vetoes made by our past two Governors.

Governor Bullock in his first term has broken records by making 124 vetoes, (even more than Governor Schweitzer did in his first term), so we Republicans were faced with the same choice on almost every issue. Since we were in the Majority, we could choose to pass far-reaching bills that made strong statements, knowing full-well from the start that those bills would be vetoed by our Democrat Governor…or we could choose to pass bills that make a little less progress, but that at least achieved some small advances, that wouldn’t end up being derailed by the Governor’s line-item veto. We chose to do some of both.

In my four sessions I have generally tried to spend my own time working to make a lot of small incremental differences, rather than focusing on just a few large statements that would probably get vetoed anyway. We part-time citizen Legislators are so hampered by term limits, and by the set number of days that we can meet only every two years, that I felt we needed to avoid wasting very many of our precious few days on posturing and statements, and instead focus that brief time on getting a few good things done. In baseball terms, I feel that it is better to hit a single and get to first base every time we are up, than to hit a lot of impressive sky-high fly balls that never get us anywhere.

I have listed below a number of 2015 Session Accomplishments. Some of these you know about, but others may surprise you; because some did not get very much coverage from the mainstream media that was looking for sexier things to report.

At the end of this list I also included some of my personal Session Disappointments. (A few of those might make some good starting points for the work of future sessions!)

Some Accomplishments of the 64th Legislative Session:

Reduced Governor’s original proposed Budget Increase of 14%, to approve only a modest 6% General Fund increase over the biennium (limiting the overall spending increase to only reflect approximate Population growth and adjustments for Inflation)

Dramatically improved the operation of the Department of Livestock that is so important to our biggest industry. Improved transparency of Board of Livestock meetings, implemented an industry oversight committee, partially changed the funding of the Vet Diagnostic Lab to be more appropriately from General Fund, and confirmed two new strong Board appointments – Nina Baucus and Lila Taylor.

Creates a simpler appraisal process, making it much easier for the average person to understand the calculation of property taxes. This change makes it easier to agree on the right appraised value, so we can make better policy decisions. (Appraised value = what the property is worth on the market). For example, we have made a policy decision to adjust the rates at which the market value of each class of property is taxed, in order to maintain taxable value neutrality by class between residential, agricultural, and commercial property classes on a statewide basis.

After several attempts over previous sessions, finally enacted the “Tax Fairness Act” HB 379 which revises tax penalty and interest assessments, and reduces the statute of limitations (from five years to three) for Montana Department of Revenue audits of income tax returns of individuals and sole proprietors. Ensures that all classes of taxpayers get the same treatment.

Funding for CTE programs in 150 Montana high schools was doubled, to $2.0M per year. Montana is dead last in our region for State Level Funding for CTE. By only funding CTE programs at the inadequate levels of 30 years ago, our Montana students as well as local industries, are at a significant disadvantage in developing a skilled workforce. All high schools with CTE programs will benefit equitably from this increased support.

Improved flexibility and support for the program that has fostered more than a 20% increase in the number of FFA and Ag Education programs, and nearly doubled the number of FFA members in Montana high schools in the past six years. Funding increased by $49K, (about 19%).

Mandated disclosure of campaign donations in an effort to eliminate “dark money” in elections.

Requires disclosure of campaign donors for any group that advocates within 60 days of an election — regardless of their tax status. The proposal provides transparency about groups that in the past have organized specifically to fund secretive political activities, in their effort to avoid campaign finance disclosure rules.

HB 478 allows small food producers to make commercial products in their own homes such as jams, jellies, dried fruit, baked goods, and dry mixes for sale to the public. It requires cottage food producers to register with their local health departments and pay a fee; however, their operations will not require an inspection unless a problem is reported. The law also includes instructions on how cottage food must be labeled for sale.

Prevented a proposal that would have increased food-borne illness; and which failed to address issues of food safety, production standards, routine inspections, or hygienic practices associated with the sale of milk.

Extended the new Washington-Idaho-Montana-Utah (WIMU) Regional Program in Veterinary Medical Education, which was created in 2013 for up to ten Montana resident students to enter their first year of Vet School at MSU in Bozeman. Classroom and clinical studies continue in years 2 and 3 on WSU’s Pullman campus; and thereafter students are in clinical placements throughout the four-state region in the 4th year before graduating. (Meanwhile, Montana continues to support the education of nine veterinary students attending any of four out-of-state universities through the long-established WICHE Program at Colorado State, Oregon State, UC Davis, and Washington State. In either the new cooperative WIMU program or through WICHE, Montana provides about $30,000 per year per student in support fees to the receiving school.)

The U.S. Fish and Wildlife Service must decide by September 30 whether the Greater Sage Grouse should be added to the list of threatened and endangered species. Montana and other states want to avoid this listing, and demonstrate that our state can address sage grouse management on our own, to show that sweeping federal protections aren’t needed. SB261 provided grant funding through DNRC, and creates measures to maintain, enhance, restore, and benefit sage grouse populations on land within the state of Montana. The act creates a sage grouse oversight team that is administratively attached to the Governor’s Office to oversee these activities. This bill provides a critical step to avoid species listing.

Management of Fish, Wildlife and Parks

Secures reliable access for water users both on and off the Flathead Reservation. Assures that water rights can be transferred to future generations upon sale of the land, provides new sources of water for irrigators, businesses, farmers and families; and provides funding for critical water infrastructure repairs and improvements. Ratification avoids costly and prolonged litigation, and designates administration of the water rights on the Flathead Reservation, while removing most of the rest of Montana valleys and irrigators from any future court battles arising from the 1855 Treaty.

Transferred regulatory oversight of the Montana State Fund from the Legislature to the State Auditor’s Office (SAO), and required that the SAO conduct financial and market conduct examinations and actuarial reviews. Transferring oversight to the State Insurance Commissioner means the State Fund will be treated more like any other insurance company, which will increase confidence of Employers and Taxpayers that the State Fund is operating under sound insurance policies.

Passed a significant series of legislation to address Montana’s mental health challenges, and facilitate crisis intervention and jail diversion. Understanding that mental health improvement is best addressed with early intervention and treatment close to home and family, the legislature proactively made the commitment, with funding and in laws like HB033, to move to a more community-based approach to mental health care in the State of Montana.

Provides access to Health Care for low-income working Montanans who will begin to pay some Premiums and Co-Payments, instead of currently using the most expensive Emergency Room options for no charge. Encourages single adults without children to take personal responsibility and pay for their own coverage. For those Montanans who have the financial resources to provide for their own health coverage, an additional fee is applied based on their assets, for them to ultimately either pay for the cost of this coverage, or encourage them to switch to pay for their own private coverage instead. Helps provide financial stability for small rural hospitals that are struggling with the cost of providing mandated services via the emergency room, to their community’s lower-income working residents who are currently uninsured.

If we ever find that the benefits are not realized, or if the federal government fails to meet its funding obligations as specified by federal law (FMAP), Montana can chose to opt out of the program, or raise premiums, or refuse to extend the act’s 2019 sunset. This sunset would not keep anyone from healthcare, it would simply put the members back onto free healthcare use, as they were before this bill. The HELP plan makes members pay for their coverage, so to revert back does not deny healthcare to anyone.

Governor Bullock vetoed outright 53 bills of just over 500 that were passed by the Legislature. Six of those were Senate Majority Caucus priorities:

Many thanks to all those who took time to write, and call, and come to Helena this winter to engage with their own Legislators to help make a difference!